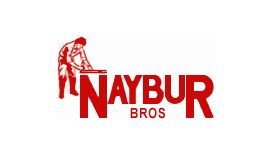 Naybur Bros was founded by Roland Barrell who is now aged 88, around 1948 just after he left the navy. The first premises where Naybur Bros resided was just a small yard opposite the Woolpack pub in Southgate, North London, where they operated their tree felling & demolition business. They moved to the present site at The Ridgeway, in Potters Bar, in the mid 1950's when Roland realised that it was very difficult for the general public to obtain hard landscaping products.

From that time Naybur Bros became one of the first companies in London to concentrate wholly on hard landscaping products. We now also supply a wide range of building materials, aggregates, turf & soil. In the 70's Roland was joined by his sons John, David, Peter & son in law Steve Evans. He then retired in the mid 90;s leaving his sons & son in law to continue running the business.

We do not have any reviews about Naybur Bros available right now.

This business has no reviews yet.